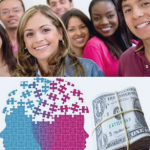 We aim to help brands improve their understanding of Millennials while providing actionable guidance that will help their marketers answer the question: “How do we market our product, service or experience to Millennials?” – and grow our business today, sustainably, and profitably over time.

Our goal is to create a science of Millennials through which we understand the mindsets, preferences, and economic trade-offs Millennials make daily about products, services or experiences. Each “chapter” of the initiative will focus on a single product category. To date we completed two studies on beer, one on macro, the other on craft, and have one on wine in the field. We will rollout to financial services, food, travel, entertainment, transportation, and more.

We plan to make top-line findings available through this blog, and we plan to publish a series of ebooks, one for each studied category. We expect to publish 3-4 per year.

Sponsors underwrite the cost of the research. They gain a thought leadership platform for their marketing, and they have access to the full data set for slice-and-dice analysis for themselves or to advise key business partners.

Contact Stephen Rappaport who will provide you with all the details, benefits, costs, and timeline.

Since we’re early into our Consumer Mindsets Tuesdays series, I will use the first several posts to introduce core ideas of Mind Genomics, the “science of everyday experiences,” on which our research is based. Today’s post explains four of them, including the direct contribution that mindset segments make to creating revenue-building marketing campaigns.

Core Idea #1: Mind Genomics Studies our Experiences in all their Richness

We live in a world of rich experience where many aspects hit us all at once: it is a world of mixtures that we often evaluate as a whole. Just think about buying wine. In real life choosing a bottle results from weighing a host of factors such as : price, grape varietal, sensory attributes, origin, winery, winemaker, recommendations, marketing, food pairings, and occasion.

Mind Genomics takes these variables, mixes them in systematic ways, and discovers through experimentation and statistical analysis which aspects drive interest, or not; how people differ in the way they respond to these aspects of wine, and how these differences cluster to form segments, which we call mindsets.

People do not have a single mindset, we all have thousands upon thousands of them. Towards every individual “thing” in our lives, e.g. a person, pet, brand, product, service, or experience, we have a mindset. Mind Genomics enables the discovery of the different mindsets that exist towards each “thing” (usually between 2 and 5) and assign a person to one of those mindsets.

The Genomics part of Mind Genomics borrows from the concept of the human genome, as our image above suggests. As each genome sequence is unique to an individual, so is the sequence of mindsets that describe a person’s mind.  Mind Genomics enables us to understand the structure of the mind genomes for individual persons in specific terms and market or advertise to them specifically.

Conventional segmentation is based on the notion that people who share characteristics are alike and can be sold to the same way. Consider the advertiser who wants to reach tech-savvy men. That target group might be described as: male, 18-34, have a college degree, boast household incomes in the range of $50-$65k, own an iPhone, and eat out a few times a week. Let’s assume that Dylan and Jack fit this description.

Consider a new coffee chain wants to reach this target. Advertising messages would be directed to the group but, as we saw with Dylan and Jack, they look alike on the outside but are not the same on the inside. Because their “mindset gene” for coffee differs, Jack and Dylan are likely to respond differently to the same advertising message.

We see this routinely in our research. Let’s take the example of red wine. In a recent study we discovered three mindsets towards red wine: the person only interested in the wine itself; the person interested in an affordable bottle that goes with a range of food; and the person who is keen on wine contributing to a good time. One of the messages included in the mixtures was “Imported from France.” In the first mindset, when the message “imported from France” appeared it raised interest by 23%; in the second mindset it had no impact; and in the third mindset it decreased interest in red wine by -8%.

Continuing with Dylan and Jack, the coffee chain would treat each mindset as a segment then market and advertise to each with great precision. Doing so increases the chances that Dylan and Jack will respond more favorably to the directed messages.

Take the American Heart Association. They aimed to increase donations from their email list. Mind Genomics discovered four mindset segments. These were then used to create customized communications for each group. The results: a 42.5% increase in donations. All the details are in this Marketing Sherpa case study: ‘Mind Type’ Segmenting Lifts Email Donations 42.5%: 6 Steps to Find Subscribers’ Underlying Motivations

The key idea is simply that mindset segmentation provides us with the ability to market and advertise to people with messages that are more likely to get a positive response. Mind Genomics reveals which messages raise or lower interest within a mindset … and by what amount. This gives advertisers and marketers a tool for scientifically selecting messages that “pop” within the mind of the consumer.

Future posts will discuss how to assign thousands or millions of people to mindset segments easily and with little cost, introduce cognitive economics, and competing through narrative.

The “Ideas from Outside” conference Moskowitz and I spoke at opened with a panel discussion moderated by Sari Katz, Partner Manager of YouTube Canada. She assembled a panel of four very popular Canadian YouTubers. I needn’t mention them by name. One had a cooking show, two were long-time friends who created comedy programs, and the fourth was a director and producer who has his own show and creates videos for others, brands included.

They appeared similar on the outside: mid-to-late 20s, backgrounds in communications arts, especially film and video. They aim to build media brands and work with advertisers, and they are aggressively metrics-driven in their decision-making. You might think that they would be alike because we typically assume that people who share characteristics are alike. That’s the logic underlying almost all segmentation. But when we listened closely to them talk about their viewers, subscribers, ad clients, and how they went about building their businesses and brands … they were remarkably different … on the inside: There were three unique mindsets up there, We called them the Marketer, the Storytellers, and the Rugged Individualist.

END_OF_DOCUMENT_TOKEN_TO_BE_REPLACED

Consumer Mindsets Tuesdays shares original research on the mindsets consumers hold towards products, services, or experiences, ranging from airlines to wine. DId you know that three different mindsets towards red wine exist, each which very different views on what interests them? I’ll show that next week.

The mindset research uses the science of Mind Genomics – that’s why a genome is the logo, and its specialization Cognitive Economics. These approaches will be explained over time.

If you’d like to learn about Mind Genomics and Cognitive Economics now, head over to our library of over 20 books, peer-review publications, and presentations. It is available to you, 24×7, for free. It’s all in a Dropbox you can access and download from.